Consequences from COVID-19 including skyrocketing unemployment, mental health concerns, and general basic supply scarcity has meant an increased demand for services from nonprofits in a multitude of sectors. I’ve seen a number of successful efforts to help out local businesses, such as restaurants and shops, that are hurting from lack of foot traffic. These campaigns have focused on alternative revenue streams such as delivery deals and gift cards. The same concept can and should go be applied to your favorite nonprofit organizations as well.

Here are three ways you can help nonprofits while continuing to practice safe social distancing.

Donate cash under the CARES Act

The federal “Coronavirus Aid, Relief, and Economic Security” (CARES) Act was recently passed and among other policy goals, aims to incentivize charitable giving. The CARES Act creates a new federal income tax charitable deduction for total charitable contributions of up to $300. The incentive applies to cash contributions made in 2020 and can be claimed on tax forms next year. This deduction is an “above-the-line” deduction. This means it’s a deduction that applies to all taxpayers, regardless if they elect to itemize. 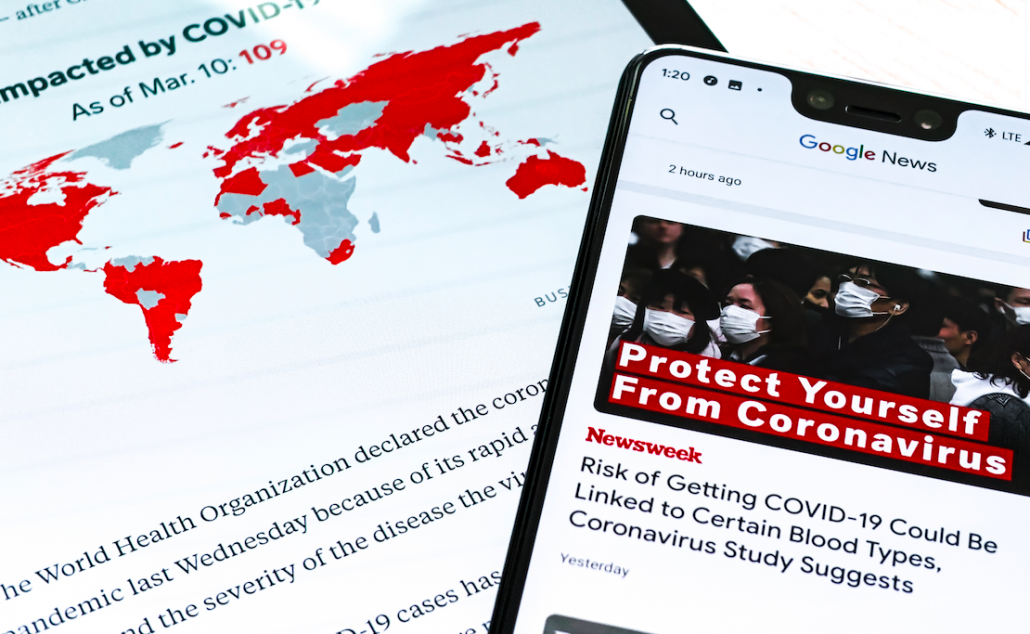 Photo by Obi Onyeador on Unsplash

If you have a retirement benefit plan, like an IRA or 401(k), you may gift the entire plan, or just a percentage, to your favorite charity or charities upon your death. Retirement plans can be an ideal asset donation to a nonprofit organization because of the tax burden the plans may carry if paid to non-charitable beneficiaries, such as family members.

This can be accomplished by fully completing a beneficiary designation form from the account holder and name the intended nonprofit organization(s) as a beneficiary of your qualified plan. The funds you designate to charitable organizations will be distributed directly to the organizations tax-free and will pass outside of your estate, Individuals who elect this type of charitable giving can continue to make withdrawals from retirement plans during their lifetime.

25 Days of Giving: Help a Charity With Your Retirement Assets

Write in bequests to your estate plan

Execute an estate plan, or update an existing one, to include bequests (gifts) to the nonprofit organizations you care about. There are multiple different types of bequests which means testators have flexibility with the structure of their estate plans. An experienced estate planner will be able to advise you on all of your options, but here is a brief overview.

A gift of a fixed or stated sum of money designated in a donor’s will or trust.

A gift that comes from an explicit source such as a particular bank account.

A gift of a designated or specific item (like real estate, a vehicle, or artwork) in the will or trust. The item will very likely be sold by the nonprofit and the proceeds would benefit that nonprofit.

A gift of all or a portion of the remainder of the donor’s assets after all other bequests have been made as well as debts and taxes paid.

This is just a small list, as there are many ways to efficiently and effectively make charitable donations in a tax-wise manner that benefits both parties involved. Because each individual’s financial situation is unique it’s highly recommended to consult with the appropriate professional advisors.

I’d be happy to discuss any questions, concerns, or ideas you may have. Contact me via email at gordon@gordonfischerlawfirm.com or by phone at 515-371-6077.

Did anyone sit in the very back row of their high school calculus class, slumped over, the brim of their baseball cap lowered, hoping to become invisible? I’m asking for a friend, of course. The chalk marks on the board—a series of numbers—may as well have been Mandarin Chinese to me. The teacher was no help, he spit numbers faster than a rapper and made less sense than the chalk marks. My “friend” understood nothing but somehow passed by the skin of his teeth. Law school was suddenly a sure destination (or, really, any school without math). 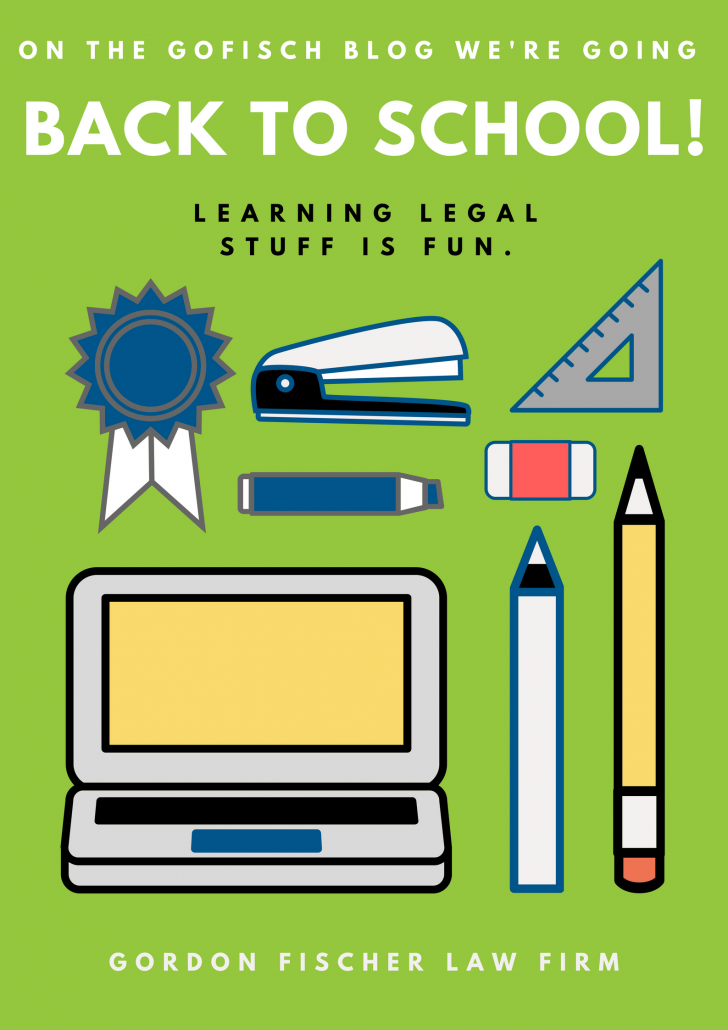 However, you needed an undergraduate degree before law school. (Ok…we’re talking about me, not my friend.) Thanks to the aforementioned miracle of passing calculus, my major at Iowa only required one math for graduation, at least at the time. That class was 22M-One, which was literally known on campus as 22M-Dumb. Still, I had to take the class twice. During the first try, halfway through the final exam, my friend got up, left his paper, and simply walked out. He knew he would flunk, so why torture himself or waste anyone else’s time? He barely passed the second time, and only did so after extensive tutoring.

Just curious, anyone have “math phobia” as bad as young me? This school daze story has a happy ending though. Eventually, I got past my major fear of math and was able to master the rules of math, especially as they relate to estate planning.

I know someone in your life (probably an engineer or actuary) has undoubtedly told you that math is fun and easy. But, when it comes to the IRA Charitable Rollover (AKA qualified charitable distribution (QCD)), this small bit of math really is!

You only need to remember six numbers:

There are two threshold requirements to take advantage of a special provision known as the IRA Charitable Rollover. The first is that to be eligible you must be 70.5 years of age or older. An important nuance to note is the required annual distribution is based on the year the participant reaches age 70.5, not the day they reach that age.

The second threshold requirement is the IRA Charitable Rollover applies to IRAs only. Under the law, charitable gifts can only be made from traditional IRAs or Roth IRAs. The IRA Charitable Rollover does not apply to 403(b) plans, 401(k) plans, pension plans, and other retirement benefit plans. (I’ll discuss another great option, however, for these other retirement benefit plans, so be sure to read to the end of this blog post). 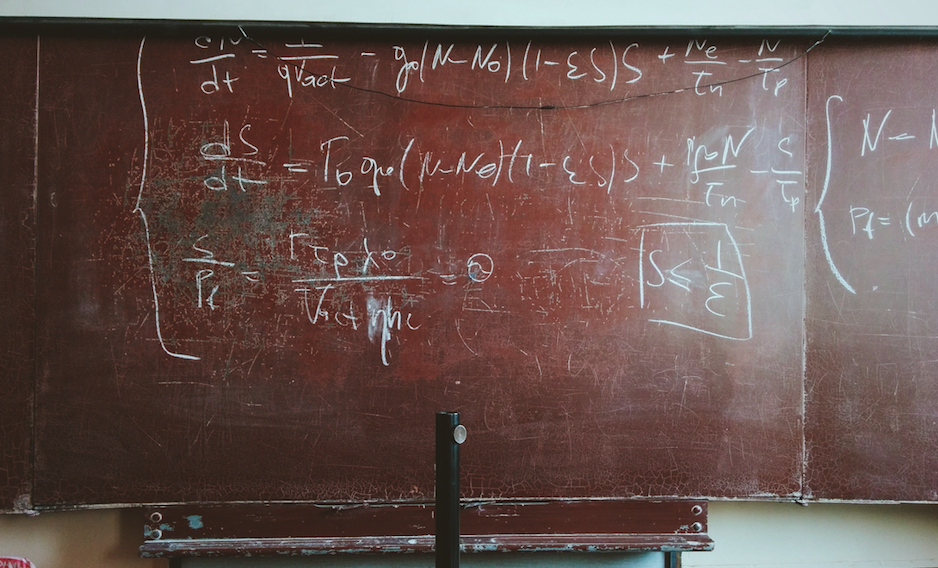 Sure, living to 70.5 is great in itself, but it’s also the age where IRA Charitable Rollover allows individuals to donate up to $100,000 from their IRAs directly to a charity, without having to count the distributions as taxable income.

A donor’s total combined charitable IRA rollover contributions cannot exceed $100,000 in any one year. The limit is per IRA owner, not per individual IRA account. Also, this amount is not portable (i.e., sharable) between spouses.

Zero (as in Zero Taxes)

The IRA Charitable Rollover permits taxpayers to make donations directly to charitable organizations from their IRAs without counting this money as part of their adjusted gross income (AGI). Consequently, this means not paying any taxes on them. You read that correctly: folks who are 70.5 years or older are able to transfer donations from their IRA directly to charity, up to $100,000, with ZERO taxes on that money!

What charities/nonprofits are eligible to receive the donation(s)?

Charitable contributions from an IRA must go directly to a qualified public charity. Contributions to donor-advised funds and private foundations, except in certain (narrow) circumstances, do not qualify for tax-free IRA rollover contributions.

Allow me to emphasize the gift must go directly to the charity. A donor cannot withdraw the money, and then give it to charity. Rather, the IRA administrator must send the donation straight to the charity.

Zero (as in gifts/services back from charity)

Donors cannot receive any goods or services in return for IRA Charitable Rollover amounts in order to qualify for tax-free treatment. As one philanthropist explained, “Why would you want to (potentially) mess up a $100,000 tax-free donation by getting a $25 tote bag?” No matter how good the bag looks, it’s not worth that!

25 Days of Giving: The Deal with Quid Pro Quo Donations

Once again, to be eligible you must be 70.5 years or older. Also, qualifying gifts can only be made from traditional IRAs or Roth IRAs. Charitable donations from 403(b) plans, 401(k) plans, pension plans, and other retirement plans are not covered by the IRA Charitable Rollover law.

Every time I write about the IRA Charitable Rollover, I receive communication from someone saying that life sucks because they don’t qualify for the Rollover. They aren’t 70.5 years old, or they have a different retirement benefit plan than an IRA, or both.

But, here’s the thing, anyone can still use their retirement benefit plan(s) to help their favorite charities.

No matter what your age, or what your type of retirement benefit plan (IRA, 401(k), 403(b), etc.), there is a super-easy way for you to help your favorite charity. Simply contact the account holder and name your favorite nonprofit as a beneficiary! This is so simple. No lawyer or drafting of legal documents is required—the owner of the retirement benefit plan simply has to direct the account holder to change the beneficiary. There are also no taxes with this charitable giving approach because, frankly, when the donation passes to the charity it’s because you’re dead. No taxes for the nonprofit either; as a qualified nonprofit, they don’t pay taxes on donations.

Want to work through how the IRA Charitable Rollover math fits in with your planned giving goals and current/future tax strategy? Reach out to me anytime. I offer a free, no-obligation one-hour consultation. You can contact me by email (gordon@gordonfischerlawfirm.com) or on my cell (515-371-6077).

The September edition of “The Iowa Lawyer” is now out! Published by the Iowa State Bar Association, this month focused entirely on retirement-related topics. According to the ISBA, there are approximately 2,300 ISBA members who are 60 and older. And, in Iowa in general, people age 65 or older comprise 16.7% of the population. Retiring is a whole different stage in life that can come with newfound challenges as well as benefits. While geared toward Iowa attorneys, many of the insights are applicable in other industries. For instance, succession planning is important for all business owners! Similarly, retirement is a time when charitable giving often gets a boost. 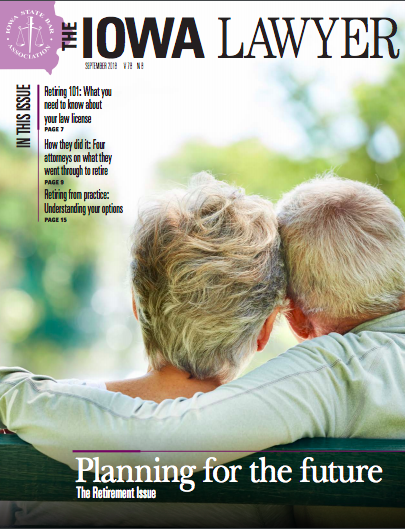 GFLF’s piece focuses on how you can use retirement benefit plans to benefit the charities and causes you care about in a strategic, tax-wise way. This is super important for all Iowans to know (not just attorneys!). In the article we focus in on three important tax concepts:

You  can read the full article by clicking here and scrolling to page 23.

Any questions after reading? Feel to explore more on the topic in our other blog posts on the subject or contact GFLF at any time to discuss by email, at gordon@gordonfischerlawfirm.com, or by phone at 515-371-6077.