In honor of Halloween, I thought it appropriate to explain the ominous-sounding principle of the slayer rule. [Cue a full moon, bats, and a high-pitched cackle here.]

It’s a plot you may come across in murder novels or movies: someone kills someone else in order to inherit money, a house, artwork, or anything else of assumed value. Or, in some cases, the intent might not specifically be an inheritance, but nevertheless, the “slayer” will inherit as a result of the other’s death.

This scheme hits at very core of what most people think is unfair and unjust–why should someone who cuts another’s life short be entitled to benefit from their criminal act? This is why most states have adopted “slayer statutes.”

Note that states differ as to specific provisions and different factors like considerations of an insanity defense, and whether or not a slayer’s heirs are also disinherited. The information in the blog post is meant to speak generally. For slayer rule specifics, it’s important to consult with an experienced attorney in the jurisdiction in question.

Main Principles of the Slayer Rule

Generally speaking, the principle of the rule is that an estate plan beneficiary cannot inherit any property, fiduciary appointment, or power of appointment from a testator who the beneficiary intentionally and feloniously kills. The rule also applies if the beneficiary kills someone else (besides the testator) who had to die before they could inherit. In the case of an estate planning document (like a will), the entire will is interpreted by the court as if the slayer died before the testator. (This causes the gifts to said slayer-beneficiary to lapse.)

What if there is no will? The slayer rule still applies. So in the case of non-probate transfers (like a trust or a checking account with a beneficiary designation) the slayer could not inherit. The same goes if the slayer is an heir at law set to inherit under the state’s intestacy laws.

What Kind of Killing Triggers the Slayer Rule?

Typically the killing must be: 1) intentional; 2) felonious; and 3) without legal justification, like valid self-defense. Murder and some forms of manslaughter (such as voluntary manslaughter) tend to fulfill these requirements. Negligent homicide and involuntary manslaughter typically won’t qualify, as the slayer lacks the required element of intent.

For example, let’s say Anna has a son named Billy. Anna’s husband (Billy’s father) had passed away previously and Billy was set to inherit his mother’s entire estate under her will. Billy loved his mom and liked to make sure she still got out and did fun things in her older age. One night Anna and Billy go out to dinner and order some wine. Billy drinks a bit too much, but because his mother’s eyesight is impaired, Billy still chooses to drive his mother home even though he’s impaired. The car crashes and Anna, unfortunately, dies as a result, but Billy lives. Even if drunk driving is a felony in the jurisdiction, Billy lacked the intent element as there’s no evidence that shows he intended to kill Anna. Thus, the slayer statute would not prohibit Billy from inheriting Anna’s estate.

Does There Have to be a Trial and a Conviction?

For the slayer rule to come into play, there doesn’t need to be a criminal trial or a criminal conviction. It is enough for a civil litigation court to find the slayer responsible for the other’s death by a preponderance of the evidence. Interestingly enough, even if an alleged slayer is acquitted of a crime, it does not stop the civil court from applying the slayer rule and barring the inheritance.

That said, if there is a final, unappealable criminal conviction finding the killing to be intentional and felonious, it would establish all the requirements of the slayer rule. There would be no other need for other proof because such a criminal conviction requires proof beyond a reasonable doubt.

Of course, the odds that the slayer rule will apply to most of our estates is (thankfully) extremely rare. But it’s analogous to a more common situation — the beneficiary dying before the testator. An issue that then complicates donative intent is if the testator fails to or doesn’t have time to update their estate plan and there’s no remainder (or back-up) beneficiary to inherit instead. When working with an experienced estate planner it’s a wise idea to name secondary beneficiaries, as well as “back-up” will executors or trust trustees. That way distribution or administration of your hard-earned assets is not left up to the court.

Questions about the slayer rule or other somewhat obscure estate planning laws? Need to get started on your estate plan? Don’t hesitate to contact me for a free consult!

The December holidays don’t need to be the only time of the year that you give charitably! Halloween is the perfect excuse to do something sweet in the spirit of the spooky. Let’s be honest, most years you have way too much leftover candy. You never want to leave any trick-or-treaters empty bucketed. Combine that with the haul the kiddos heave home and it’s a recipe for a cavity (and some extra pounds). Satisfy your sweet tooth and then do something good with your candy! 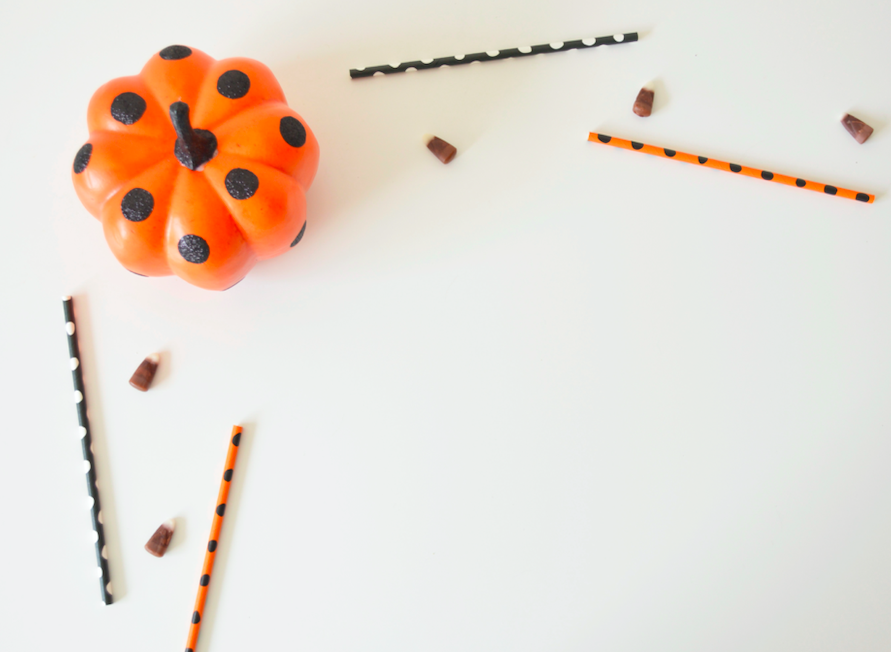 This Halloween, I challenge you to make a simple, but significant donation of un-opened, wrapped candy in lieu of an unnecessary sugar rush. Here are a few ideas to get you started:

Treats for Troops, run by 501(c)(3) Soldiers’ Angels, collaborates with businesses (like dentist offices!) to be candy collection centers. The treats are then collected and distributed to soldiers stationed overseas, wounded service personnel, and veterans. By searching for a drop-off site near me, I found two within a reasonable distance.

The Ronald McDonald House does amazing work assisting families of sick children by providing a comfortable, affordable place to stay during treatment as well as good food (anything is better than hospital food!). There’s a local Ronald McDonald House here in Iowa City; contact them about dropping off your Halloween candy to make some kiddos (who may not have been able to trick-or-treat) very happy.

Similar to Treats for Troops, Operation Gratitude compiles and sends care packages to first responders in the U.S. and service personnel stationed overseas. The organization’s mission is simple, but significant: to put a smile on soldiers’ faces. Along with donations of leftover candy, you can send encouraging letters, postcards, and pictures. Drop-off locations can be located on their map.

Pay attention to their do’s and don’ts, including the instruction to “fill out and submit an online Donation Form with the total pounds of candy and any additional donated items. You will receive an email confirmation with a printable barcode to include in your package, along with shipping instructions.” The organization needs your candy shipped by 11/9!

In the spirit of Halloween this month, let’s take a break from scary estate planning excuses, probate fees, and haunting nonprofit actions and have some fun. Whether you’re an attorney, work with the law in other ways, or are just a fan of legal puns, these last-minute Halloween costumes are for you!

This costume goes in the “oh shoot I just got invited to a Halloween party tonight” category. Be an evidence exhibit by simply donning a white shirt, and pinning a piece of red paper with “Exhibit A” in large black letters on it! It’s old-school (pre-Internet filing days) and excessively easy. 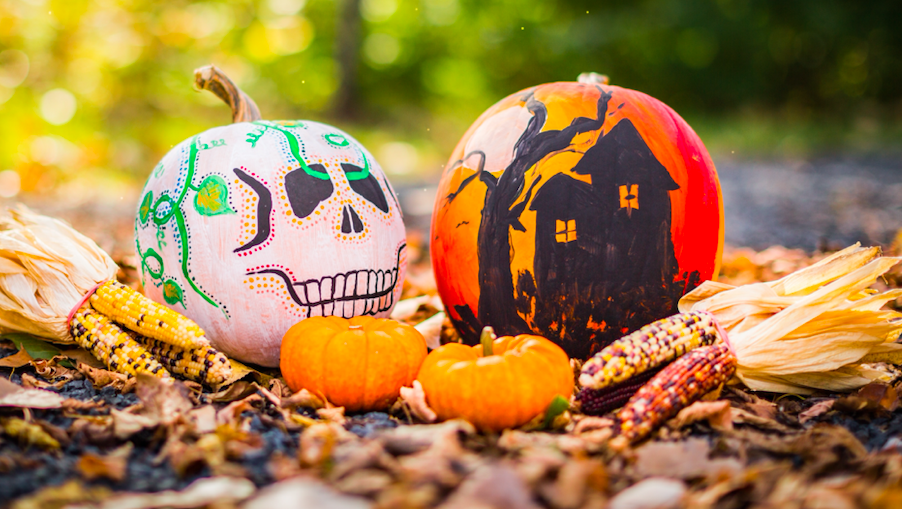 Similar to the exhibit A costume, you can totally fashion this more formal look out of a suit you already have. Wear a suit, write the word “law” on a piece of paper and hang it around your neck. Get it? Law-suit! Word of caution: you may get eye rolls, smiles, and chuckles at your look.

In need of a couples costume? Take on a couple of classic tort claims of assault and battery that are often paired together. Throw together a salt shaker look by wearing a white shirt with a black “s” on the front and a tin foil hat. Pair it with your crafty partner who can create something that looks like a battery and voila! 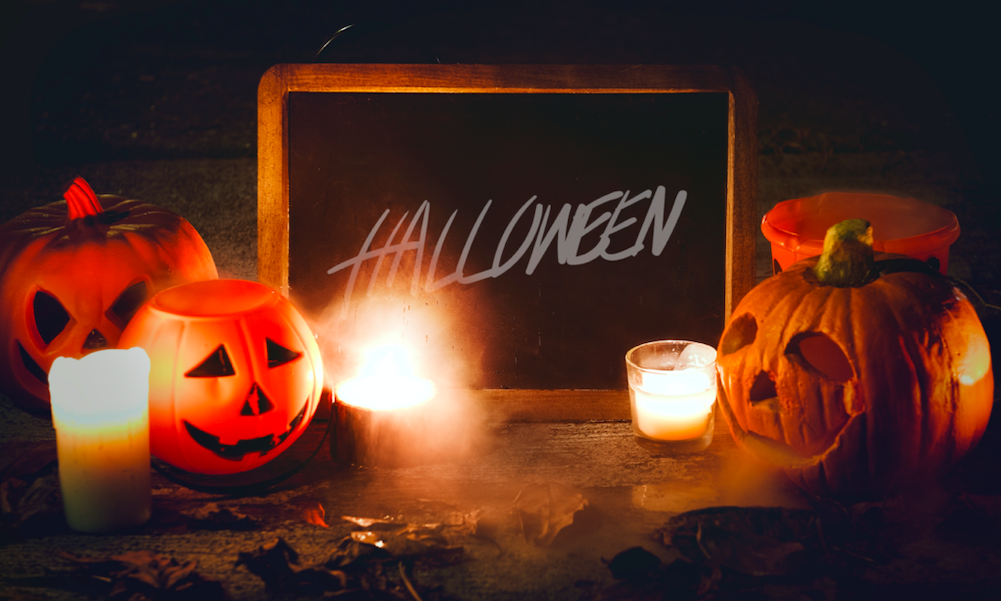 Animals tend to be a safe pick for adult Halloween costumes, but this one puts a legal spin on a deer costume. Assemble an assortment of brown clothing and get some cute ears that make you look like a woodland deer. Have a friend write the word “voir” on your forehead. Boom. You’re voir dire! You’ll have a great time explaining jury selection to everyone who is confused by your choice of apparel.

These are just a few of the adjectives that can be used to describe six of the scariest things your nonprofit can do (or fail to do). As a lawyer who regularly works with nonprofit organizations to help them succeed in pursuing their missions, these six items literally haunt my nightmares.

Seriously? How can you NOT have an employee handbook? An employee handbook (even if you have but a single employee) makes clear the rights and responsibilities of both the employer and employee. So many disputes can be avoided by a clear, easy-to-read, and direct employee handbook. One of your best bets to fight off this spooky scenario is to get my free guide to developing a quality employee handbook!

5 Necessary Policies for your Employee Handbook

This is about as bad as not having a handbook at all! Just grabbing a random handbook and adopting it as your own makes as much sense as picking up a random hitchhiker on a foggy night. Others’ employee handbooks may have provisions you don’t need, or worse, ones you don’t want.

I once reviewed a handbook for small-but-sincere nonprofit that worked with the homeless. Several times in the handbook, quite specific medical terms came up—there was a HIPPA provision, there was talk about medical certifications, medical training, and proper handling of medical records. I realized, with a shock, this nonprofit had “borrowed” a handbook from a hospital.

How much faith or confidence will employees have in an employee handbook that’s filled with irrelevant stuff that clearly doesn’t apply to them at all? This is scary stuff, folks, very scary stuff. 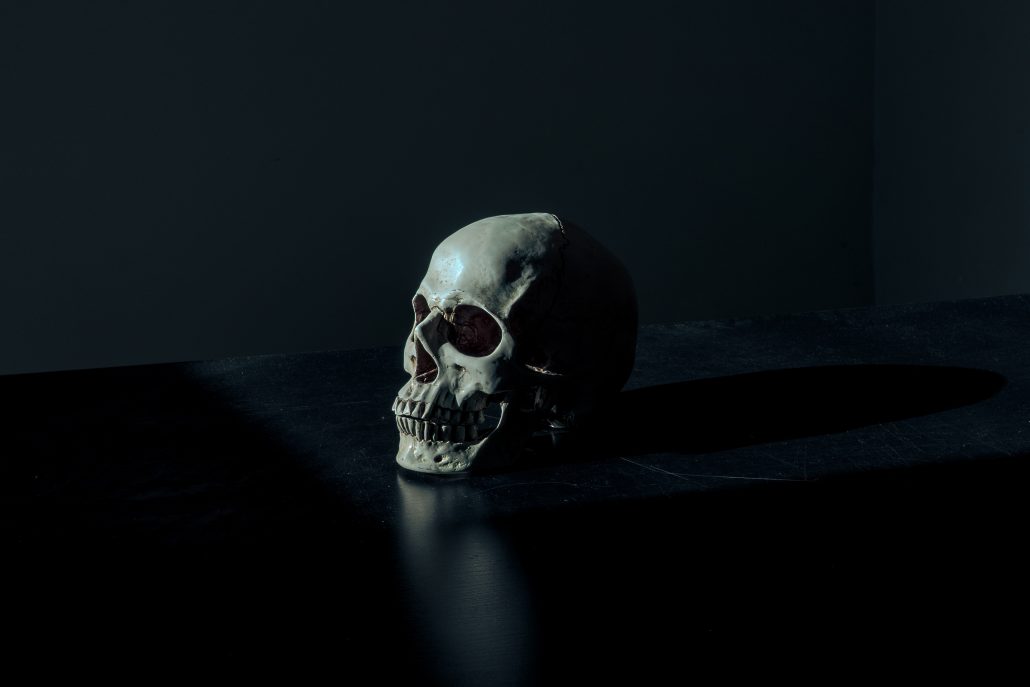 An employee handbook may constitute an employment contract! If you think about it, an employee handbook has all the elements of a contract—it’s written, it’s specific, it “promises” certain things will (or won’t) happen. It’s even “signed” by the nonprofit/company.

So, an employee handbook could actually be considered a unilateral employment contract unless the employer includes an appropriate disclaimer. Make sure you do so.

Job descriptions are so important – for the same or similar reasons that employee handbooks themselves are needed. Job descriptions lay out in writing what is required of employees.

Job descriptions are also helpful in relation to what is now-called the American with Disabilities Act Amendments Act (ADAAA). Job descriptions demonstrate the “essential functions” (as opposed to non-essential) job functions of each position. 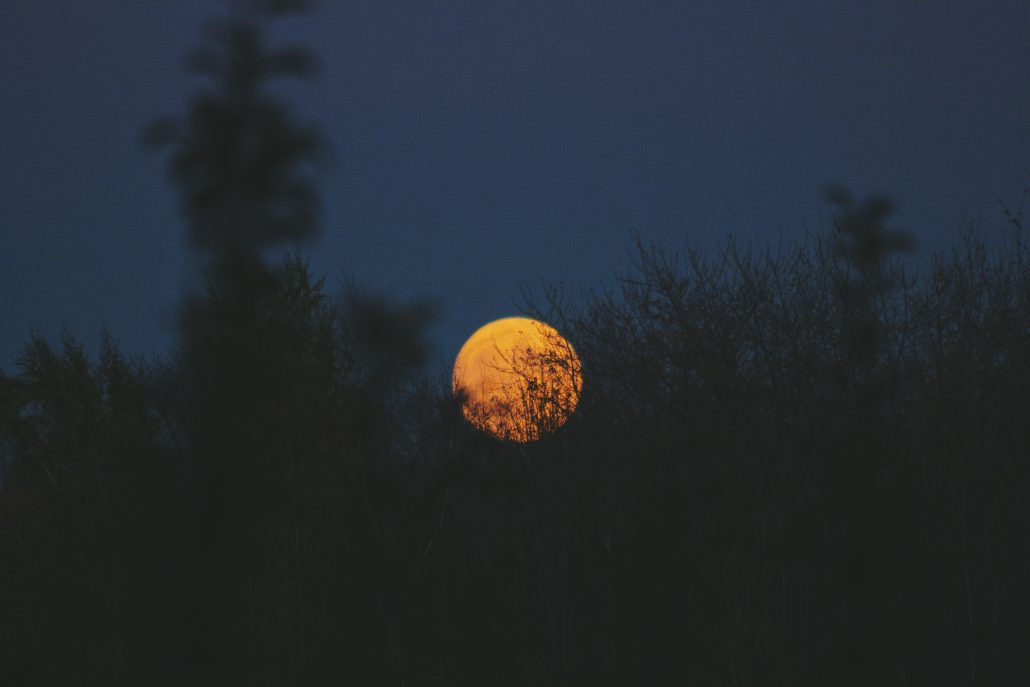 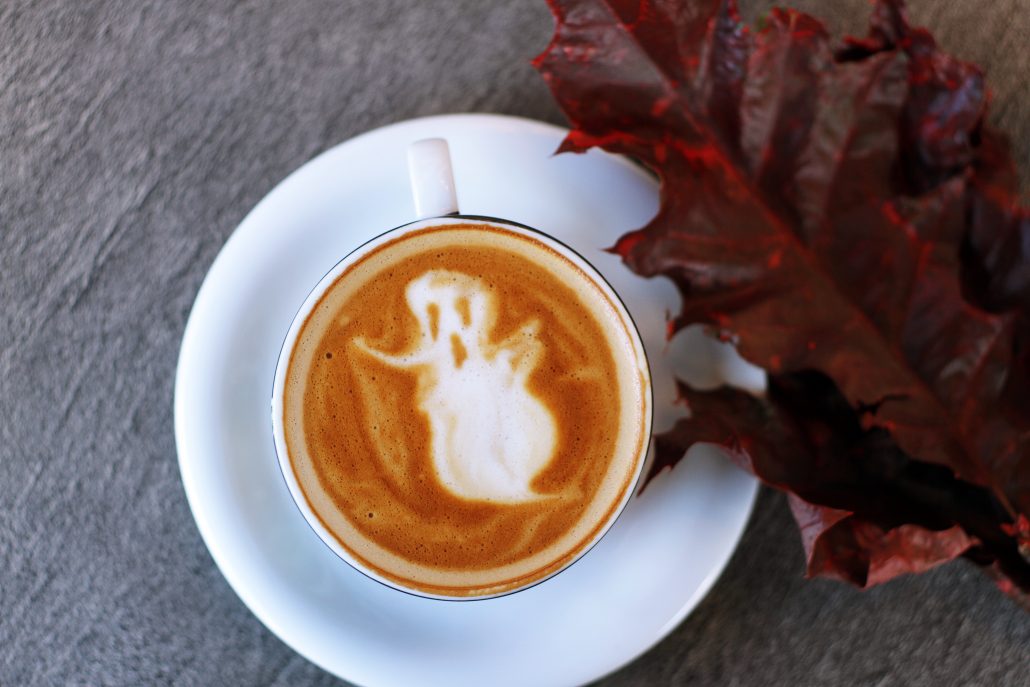 Wow, that was super scary!

After writing this post, I probably won’t sleep well tonight. But, if you follow these six pieces of advice you’ll rest easy knowing that you’re more likely avoid the nonprofit graveyard. If you’re facing these spooky scenarios don’t hesitate to reach out by phone (515-371-6077) or email to schedule a free consultation. You can also