At times nonprofits that share highly similar missions, goals, and the like can be consolidated to maximize impact. So, in Iowa, what’s the process of a legal merger between two nonprofits?

Like many legal terms, the word “merger” is capable of multiple definitions. A merger can mean an asset acquisition; partnership; parent-subsidiary relationship; umbrella organization; and, of course, an outright merger.

Asset Acquisition: Assets of an organization are transferred to another entity, but the organization itself is not acquired.

Partnership: A relationship in which two or more organizations pool money, skills, and/or other resources and share risk and reward, in accordance with mutually agreed-upon terms.

Parent-Subsidiary: A relationship in which two separate corporations are maintained after a merger, with one (the “parent”) being a member corporation with its only member being the other corporation (the “subsidiary”).

Umbrella: An overarching organization that holds several smaller organizations under it, each participating in the same branding and organizational structure as the umbrella, for the purpose of gaining efficiencies, improving and expanding available administrative services, and coordinating programs to better and/or more widely serve the community.

The Iowa statute which governs nonprofits is known as the Iowa Revised Nonprofit Corporation Act (“RINCA”) and can be found at Iowa Chapter 504. RINCA has a specific subchapter on mergers, Subchapter XI. Here’s a list of the major sections:

RINCA continually refers to nonprofit as “corporations.” To prevent confusion, and for simplicity’s sake, I change this and refer to “nonprofits.”

Articles of Incorporation and Bylaws

Step One to Merger: Plan of Merger

A plan of merger may include any of the following:

(1)       Any amendments to the articles of incorporation or bylaws of the surviving corporation to be affected by the planned merger.

(2)       Other provisions relating to the planned merger.

Who Approves the Plan of the Merger

Precisely who has the right or obligation to approve the plan of merger? The Iowa Code starts to answer that question with the common phrase, “unless . . . . the articles or bylaws impose other requirements . . . ” and then goes on to say: . . . a plan of merger for a corporation must be approved by all of the following to be adopted:

(2)       The members, if any, by two-thirds of the votes cast or a majority of the voting power, whichever is less.

(3)       In writing by any person or persons whose approval is required by a provision of the articles authorized by section 504.1031 for an amendment to the articles or bylaws.

OK, so of course the Board of Directors approve the plan of merger, makes perfect sense. What about (2) & (3) above?

Who are the “members”?  That term, “members,” has a very specific meaning under RINCA.

Note, again, very unusual for RINCA, that the definition of a “member” is given by RINCA, period, irrespective of how a member is defined in the articles or bylaws of the corporation. And, under RINCA, a member is someone who has a right to vote for directors. 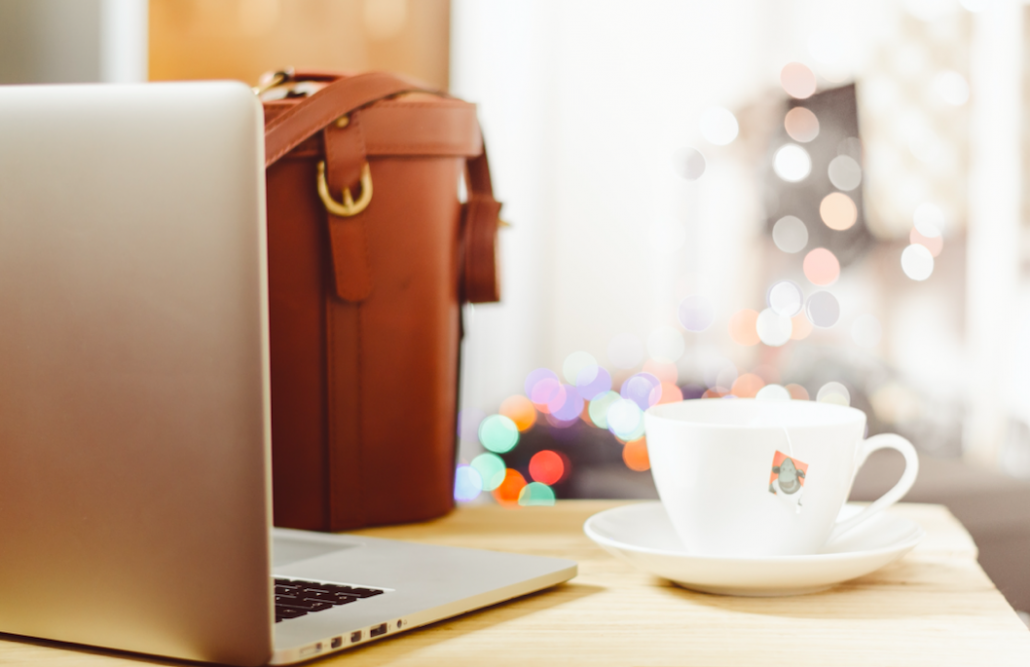 As to who approves the plan of merger, RINCA goes further, however, to include:

. . . a plan of merger for a corporation must be approved by all of the following to be adopted:

. . . In writing by any person or persons whose approval is required by a provision of the articles authorized by section 504.1031 for an amendment to the articles or bylaws.

So, nonprofits looking to merge must look to their own Articles to see if any third persons must also approve the plan of merger.

How Does the Board and Members Approve the Plan of Merger

According to RINCA, there are three different ways that a plan of merger can be approved:

Each of these has different requirements.

Requirements for Membership Meeting, at Which Plan of Merger is to be Approved

If the board seeks to have the plan approved by the members at a membership meeting, the following requirements must be met:

(2)       The notice must also state that the purpose, or one of the purposes, of the meeting is to consider the plan of merger and contain or be accompanied by a copy or summary of the plan.

(3)       The copy or summary of the plan for members of the surviving nonprofit shall include any provision that, if contained in a proposed amendment to the articles of incorporation or bylaws, would entitle members to vote on the provision.

Notice is fair and reasonable if all of the following occur:

(a)        The corporation notifies its members of the place, date, and time of each annual, regular, and special meeting of members not more than sixty (60) days and not less than ten (10) days, or if notice is mailed by other than first-class or registered mail, not less than thirty (30) days, before the date of the meeting.

(b)       Again, the notice of a meeting includes a description of the plan of merger.

(c)        Again, the notice of a special meeting includes a description of the purpose for which the meeting is called, e.g., approval of the plan of merger.

Requirements for Merger is to be Approved by Written Consent

Written consent can be limited or even prohibited by a nonprofit’s articles or bylaws of the corporation. Here’s a potential problem: the action must be approved by members holding at least eighty percent (80%) of the voting power. That is a high bar.

Requirements for Merger to be Approved

By Written Consent or Ballot

(1)       The material soliciting the approval shall contain or be accompanied by a copy or summary of the plan of merger.

(2)       The copy or summary of the plan for members of the surviving corporation shall include any provision that, if contained in a proposed amendment to the articles of incorporation or bylaws, would entitle members to vote on the provision. 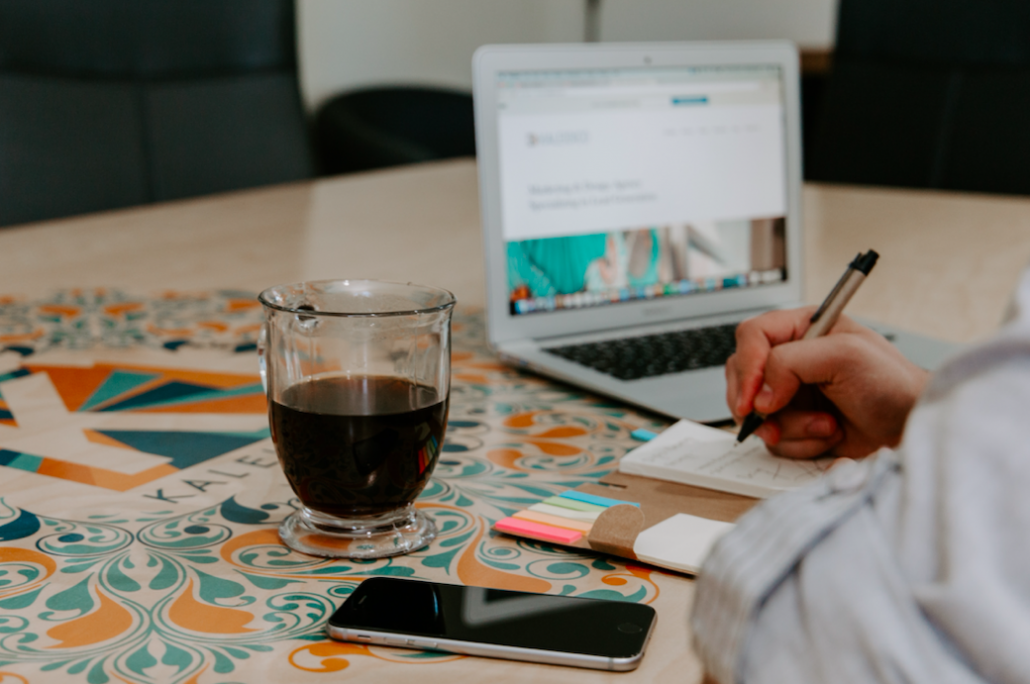 The last sentence simply means there must be an indication that the returned ballot was from the member to whom it was emailed (a block signature, etc.). 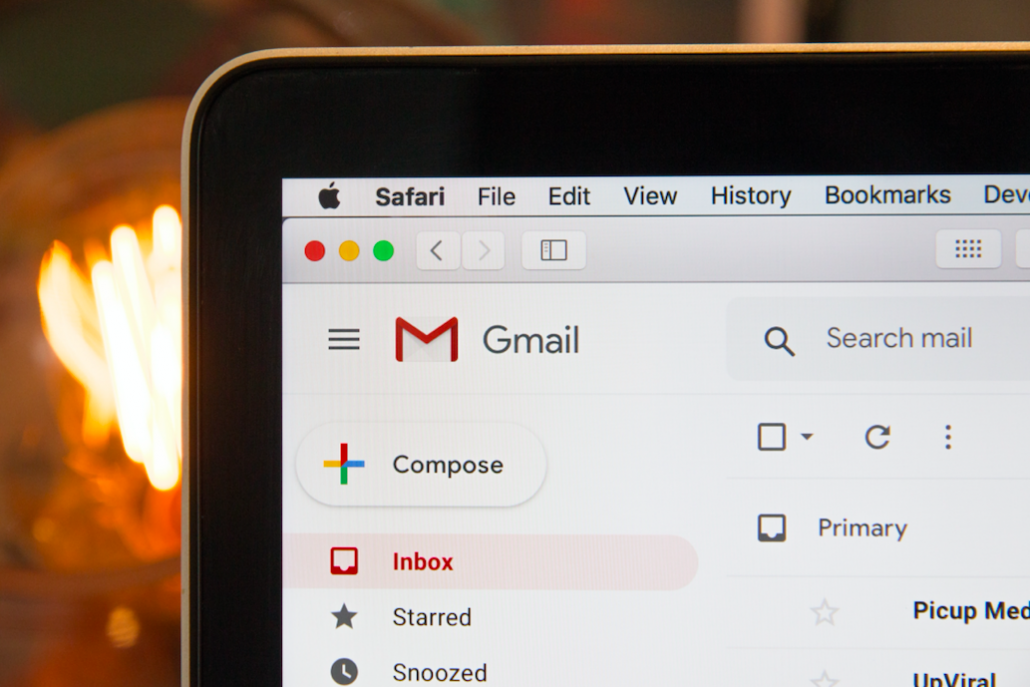 Let’s assume a plan of merger has been approved pursuant to RINCA, specifically, Iowa Code Sections 504.1101 and 504.1103 (and the Iowa Code provisions set forth therein). Next step? Articles of merger.

The articles of merger must contain all of the following:

(3)        If the plan of merger required approval by the members of a nonprofit that was a party to the merger, a statement that the plan was duly approved by the members.

(4)        If the plan of merger did not require approval by the members of the nonprofit that was a party to the merger, a statement to that effect.

(5)        If approval of the plan by some person or persons other than the members of the board is required a statement that the approval was obtained. (This is the “approval by third persons” (Section 504.1031) discussed above).

Articles of merger must be signed on behalf of each party to the merger by an officer or other duly authorized representative. (But only to be signed after the plan of merger is approved).

Step Four: File Articles of Merger with the Iowa Secretary of State

Articles of merger must be delivered to the Iowa Secretary of State for filing by the survivor of the merger. If there are other filings resulting from the merger, say, new and revised Articles of Incorporation, these may be filed as a “combined filing.”

Once the articles of merger are successfully filed, the merger is complete.

Upon a successful merger, all the following occur:

(2)       The title to all real estate and other property owned by each party to the merger is vested in the surviving nonprofit without reversion or impairment subject to any and all conditions to which the property was subject prior to the merger.

(3)       The surviving nonprofit has all the liabilities and obligations of each party to the merger.

(4)       A proceeding (e.g., a lawsuit) pending against any party to the merger may be continued as if the merger did not occur or the surviving corporation may be substituted in the proceeding for the nonprofit whose existence ceased.

(5)       The articles of incorporation and bylaws of the surviving nonprofit are amended to the extent provided in the plan of merger.

An interesting side note: RINCA’s subchapter on merger contains a provision about “bequests, devises, and gifts.” Bequests are property left to someone by a decedent through his or her will. A devise is the same, only given through a trust. The term “gifts” here means “charitable gifts.”

That’s really pretty great, right? So, if someone should leave property (cash, stock, bonds, real estate, whatever) through a will or trust, or just about any other way, to a “non-surviving” nonprofit after a merger with a surviving nonprofit, the property will go directly, without question, to the surviving nonprofit (unless specific instructions are left to the contrary).

Is your Iowa nonprofit considering a merger? Please contact me via email (gordon@gordonfischerlawfirm.com) or on my cell phone (515-371-6077). I’d be happy to discuss the Iowa laws on merger with you anytime. I offer a free, one-hour consultation for all. 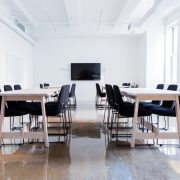 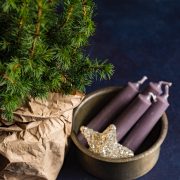 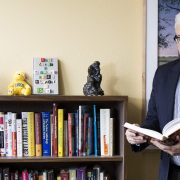 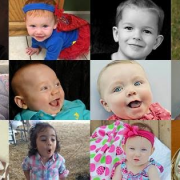 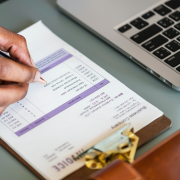 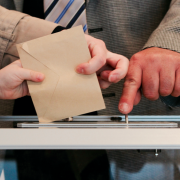 GFLF Wants YOU to Go Vote in Iowa!