I’ll never forget that night. Several months ago, a simple notification popped up on my Twitter account. Very rarely have five words caused me such joy: “Soledad O’Brien is following you.”

I was social media starstruck!

Sure, I know that this was likely the doing of a digital tool that auto-follows accounts that tweet about certain subjects. Or, maybe it was one of the social media interns who saw my retweets of @soledadobrien and decided to throw me a follow as a fan. Since she follows 447k accounts I have no doubt that the impressive individual herself didn’t actually follow me…but hey, we all like to feel liked and heard even if it’s a digital facade.

To understand why this was such a Big Hairy Audacious Deal (if you got the reference to Jim Collins’ concept, applause!), let me put this into context of my small, “local” Twitter account and Ms. O’Brien’s worldwide acclaim.

My Twitter account has merely around 440 followers (at the time of publication). I put out great content, and it’s growing slowly and surely, but would love for more people to join the party. (In fact, if you’re reading this and haven’t followed @FischerGordon yet, check out all the great info I share on estate planning, nonprofit formation and compliance, and charitable giving on top of Iowa-centric news and all around interesting factoids.) But, let’s be honest I have a long way to go to catch up to the likes of the Big Ben clock that simply tweets “bong” in various quantities and the San Francisco fog, apparently named Karl.

In contrast to my lowly follower count, @soledadobrien has a well-deserved follower count at 809k and counting. For those few of you who are unaware, Soledad O’Brien is a world-famous broadcast journalist renowned for her roles as anchor and correspondent for MSNBC, CNN, HBO, and Al Jazeera America. She has been a tremendously well respected presence in broadcast news since 1991. She has covered so many huge stories I can’t possibly list them all. Countless times she’s been on “best of” lists and she’s won a Peabody Award and four Emmy Awards.

Presently, Ms. O’Brien is the host of Matter of Fact with Soledad O’Brien, a show focusing on politics and socioeconomic concerns produced by her very own multi-platform Starfish Media Group.

I would regularly check to see if Soledad O’Brien ever unfollowed me. Maybe the social media software algorithm wised up or the social media intern was tasked with clearing out the followings of accounts with sub-500 followers. But, my coolest follower (sorry everyone else!) is still there! This fact has, of course, let me to the inevitable conclusion: O’Brien must want me on her show! Why else would she follow an attorney who’s on a mission to maximize charitable giving in Iowa?

Why would she want me on her show at all? I’m biased, but I think the 10 for 990 nonprofit policy special (available through March 15) is certainly newsworthy! While not a political scoop, the 10 for 990 deal could benefit (Iowa) nonprofits working toward the betterment of socioeconomic issues and/or advocating for increased engagement in American democracy.

A journalist of O’Brien’s caliber would need some more details before she ever agreed to have me on as a guest. As such, the 10 for 990 offer provides nonprofits the ten policies discussed on the IRS’ Form 990 for the flat fee of only $990. (IRS Form 990 is the tax form nonprofits must complete once they’ve reached a certain monetary threshold. Just like individuals have to fill out a personal income tax form). The 10 policies asked about on the Form 990 include conflict of interest, document retention and destruction, whistleblower, compensation, fundraising, gift acceptance, financial policies and procedures, and investment.

If Ms. O’Brien were to ever interview me on this truly fantastic deal, I would share the benefits of having a qualified attorney craft these important policies and explain the collective responsibilities of nonprofit boards.

Even if you’re not an award-winning journalist turned CEO, I would love to talk to you about this policy special. Because Form 990 is typically due in May, now is the perfect time to get ahead on compliance. Nonprofit executives, board members, and even engaged volunteers should contact me via email or phone (515-371-6077) to learn how this could fit in with your organization’s goals. 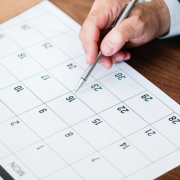 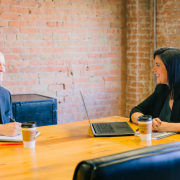 25 Days of Giving: 4 Huge Benefits of Charitable Gifts of Stock 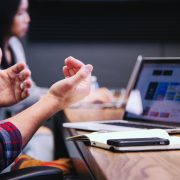 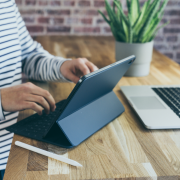 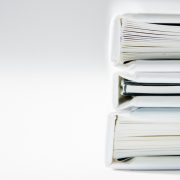 5 Necessary Policies for your Employee Handbook

Reasons to Enlist an Attorney to Write your Nonprofit’s Policies